Characteristics of the Earth’s Atmosphere

The Earth’s atmosphere contains the air we breath. Atmospheric phenomena can provide a warm, sunny day for a picnic, an unexpected rainstorm to ruin an outdoor wedding, or a hurricane that can devastate entire regions. Climate change substantially involves changes in the atmosphere.

The Earth’s atmosphere, at its surface, is chiefly composed of 78% Nitrogen, 21% Oxygen (19), 1% Argon and trace amounts of other gasses such as water vapor, carbon dioxide and methane. (Source: NOAA). 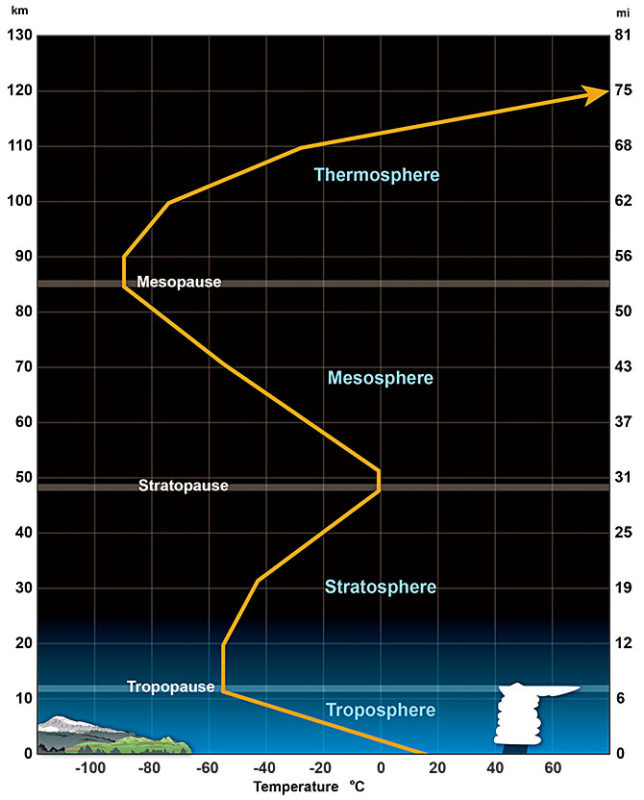 Altitude versus temperature of the Earth’s atmosphere. Source: NOAA.

Above the troposphere is the stratosphere. Its temperature decreases with altitude. Above this, its temperature falls then rises due to other factors such as changing composition.

There are natural variations in surface temperature. The day side of the Earth typically has a lower temperature than the day side. The polar regions exhibit decreasing temperature with latitude and according to season. Surface features such as mountains, oceans and continents can lead to further temperature and weather variations.

Cloud formation is of tremendous interest because it has many effects. One effect is to reflect sunlight back into space. Another is to keep heat trapped at the Earth’s surface. Sunlight causes surface water and moisture to evaporate. Water vapor is less dense than air, so it tends to rise. Since the atmosphere near the surface becomes cooler with altitude, the water vapor will cool and condense, forming clouds. Clouds rise up to about 10 km. Under certain conditions, the tiny water droplets in clouds can coalesce into larger, heavier droplets, which can then result in rain. 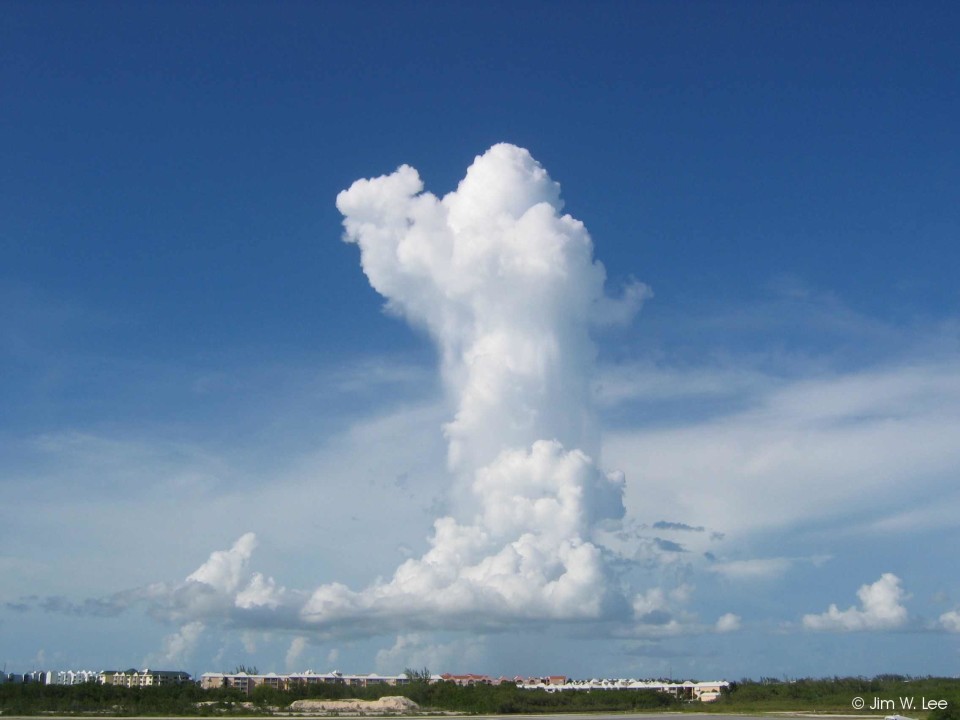 An important pattern is vertical air flows versus latitude. At the equator, the atmosphere is at its highest. There is literally an atmospheric bulge about the Equator. Warm, moist air rises high into the atmosphere. Circling the Earth about the Equator is the inter-tropical convergence zone (ITCZ) which is characterized by tall cloud columns and frequent storms (see figure).

Atmospheric cells form in intermediate latitudes. Hadley and Ferrel cells form from the Equator to about 30° latitude north and south. Air rises from the ITCZ, become cool and dry in the upper atmosphere, and then falls to the Earth at about 30°C. This is why many deserts, such as the Sahara, and Australian Outback form at these latitudes. At about 60° north and south, there is another zone of rising air and storm systems.

If there is sufficient energy in the atmosphere, strong thermodynamic potentials form, and complex structures emerge to more quickly dissipate that energy.

Such structures include connection columns and dust devils, as well as complex weather structures such as thunderheads, tornadoes and hurricanes.