Functions relate at least one variable to at least one other number or variable. \(x \) is a variable. Its value could be anything. Yet, consider the equation:

Here, x is constrained to equal to a single particular number, which is 1. Such a number is known as a constant. It’s value in the equation cannot change. Things get more interesting when a variable is related to another variable. For example, let’s say that

Such a function acts as a constraint of the values. If x is 1, then y must be 2.

Functions can take many forms, such as y = x^3, z = 2x + 5y, or y = sin x, where sin is shorthand for the trigonometric function sine, what can be expressed quantitatively as a series of numbers.

What Exponential Functions Are

Exponential functions are functions where a constant is raised to a power. For example,

Here, the values of x and y are:

Pure exponential growth is that which is proportional to its current quantity. It can apply to populations of bacteria, fish and even humans. It can apply to chain reactions in nuclear physics as well. 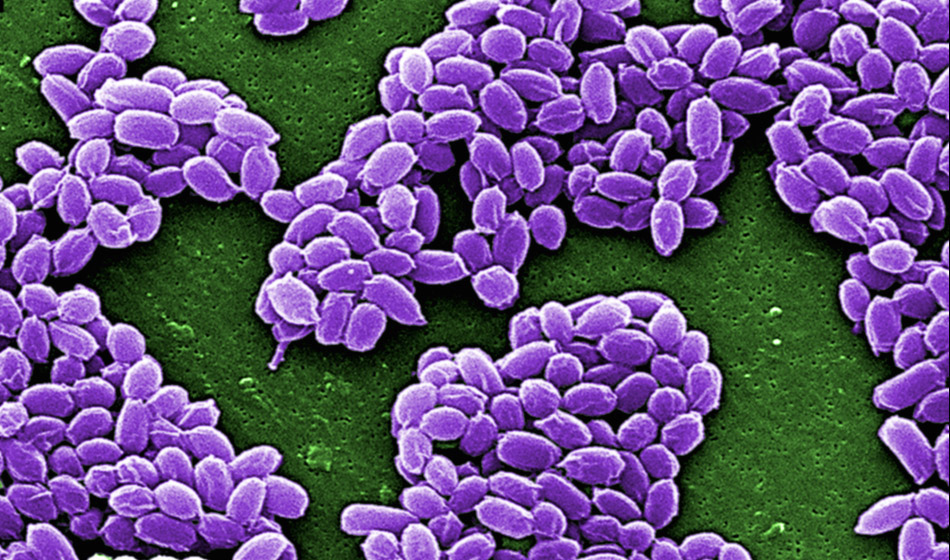 Pure exponential growth begins slowly, then literally explodes over time. Sometimes the plot of exponential growth is described as a “hockey stick” because it starts nearly horizontally, then “turns the corner” and grows nearly vertically.

It typically concerts population differential equations such as

where P is population, t is time and k is a proportionality constant. The solution for this equation is the classic exponential growth function

where \(P_0\) is the initial population. 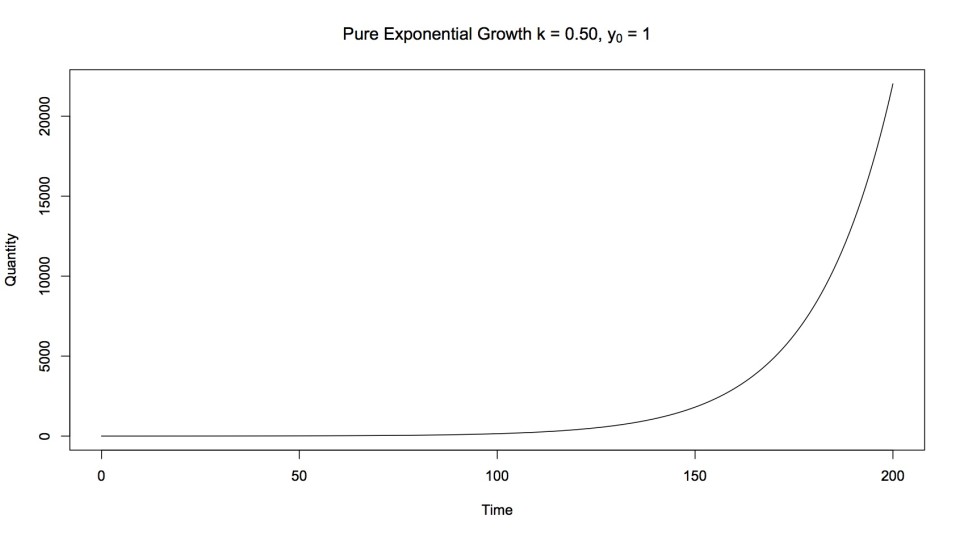 Different growth rates result in different levels of growth at a particular point of time, but growth is still ultimately explosive (see below). 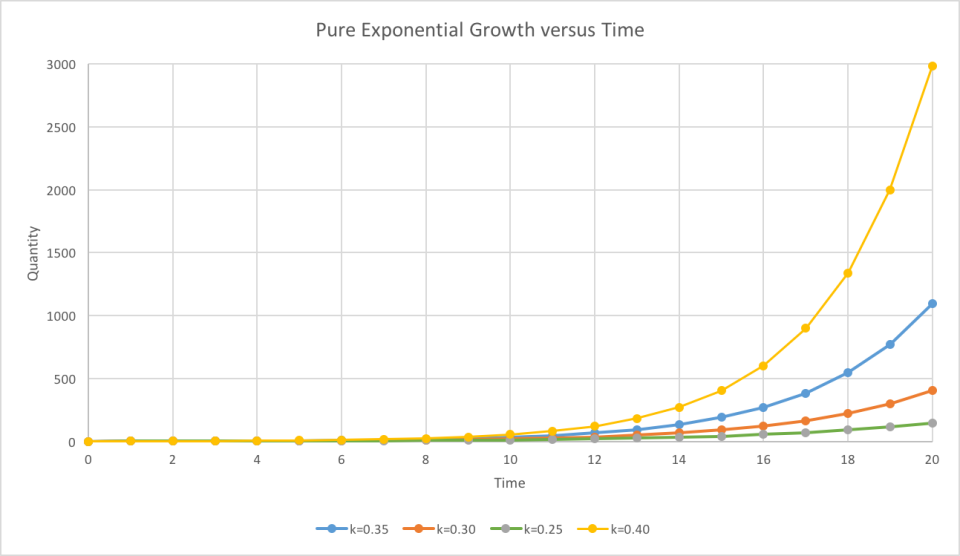 A resource that is renewable, but limited in the short-run, can be modeled with a logistics curve. Examples of such resources are new-growth forests and wild Pacific salmon. They can be nearly totally consumed in the short run, but these resources can restore themselves if they have not been exploited too completely. A logistics curve is not shown here, but is in the shape of an elongated “S” and can be found in many differential equations textbooks. The beginning (and bottom) of the “S” represents the initial exploitation. The forward-sloping “back” of the “S” represents nearly pure exponential growth. The end and top of the “S” represents a leveling off of growth, as consumption of the resource matches its ability to restore itself.

In logistic growth, population tends to move towards a particular population level that reflects the carrying capacity of the system or environment. Such functions are also called S-curves.

Logistics functions are in the form of:

where P is population, t is time, k is a growth rate coefficient and N is the carrying capacity. N can also be viewed as the periodic replenishment of potential. 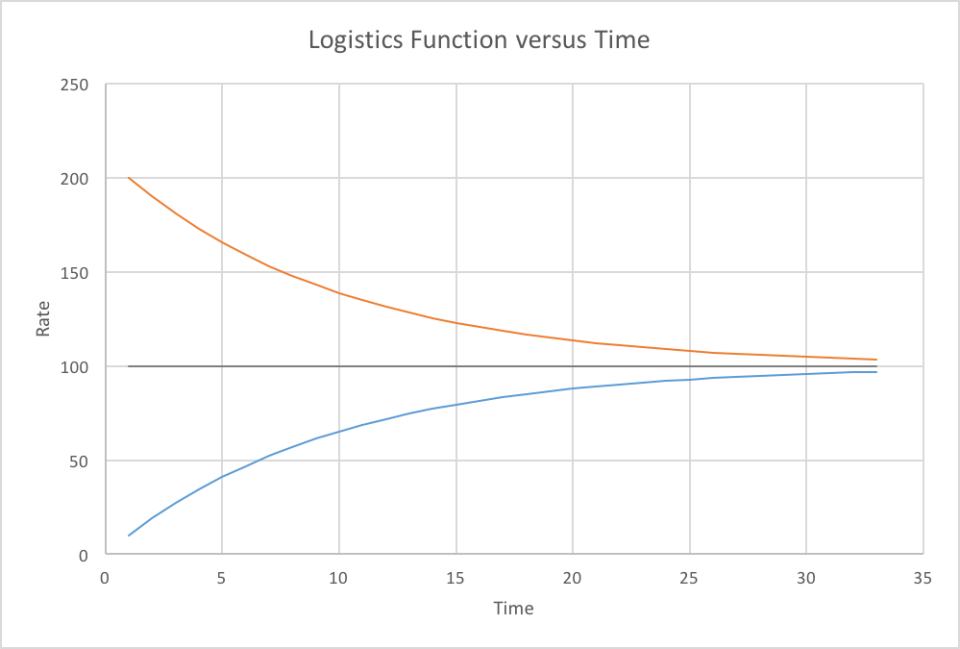 Efficiency-Discounted Exponential Growth (EDEG) involves the consumption of a non-replenished resource over time by a system of reproducing agents. It can be useful for modeling mineral production of a mining region.

It is not yet possible to analytically create a EDEG function from fundamental principles. However, EDEG can be expressed as a differential equation, which can then be iteratively calculated via a spreadsheet or computer program.

An EDEG function can be approximated by multiplying a pure exponential growth function by an efficiency function.

It may also be possible to create a function that transforms an H-Curve (EDEG) to an S curve. There is an initial amount of a non-renewable critical resource, and then periodic replenishment of that resource.