The Colossus Model of World History

Colossus is a computer-based simulator that generates models of world history. It utilizes a grid of dynasty-producing regions and interconnections between neighbors. This model focuses on the “old world” of Asia, Europe and Africa before World War I. 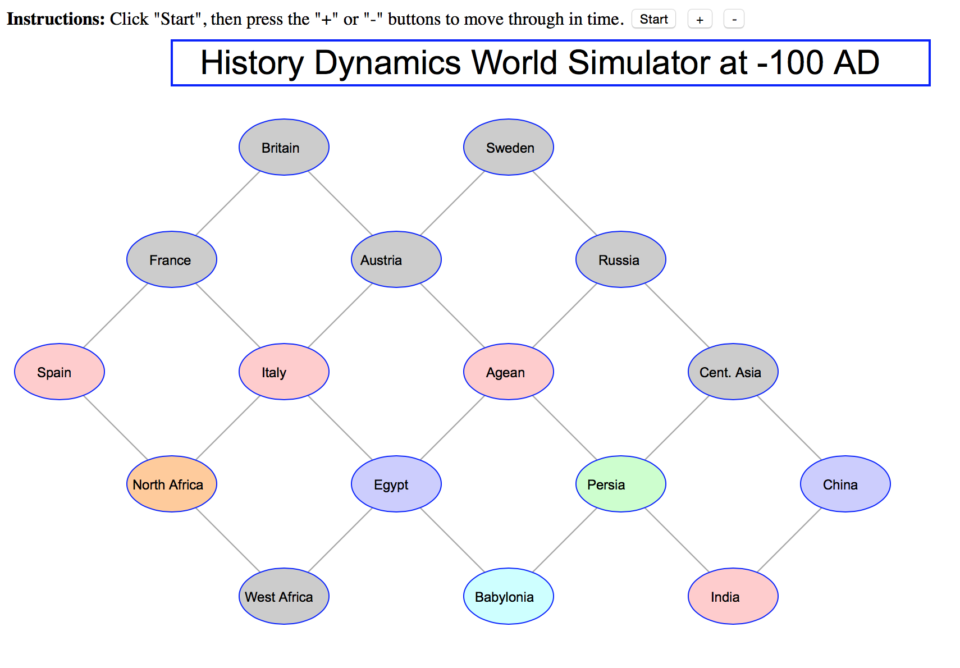 A newer version coded in the D3 Javascript library, with a button for each century: 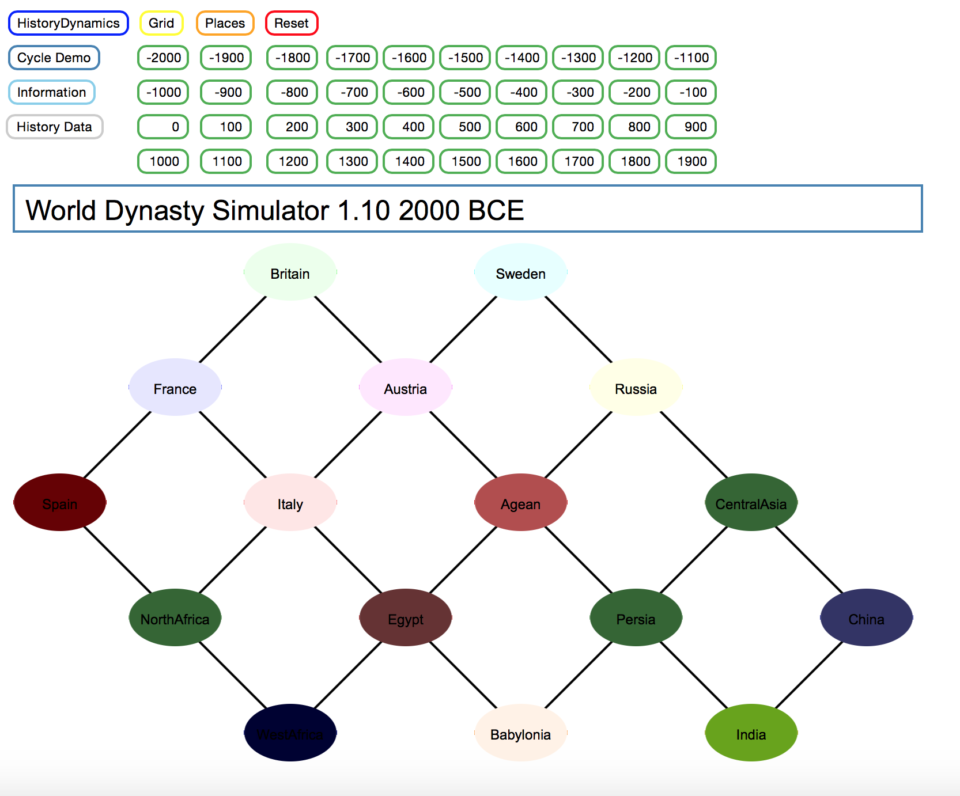 An early example of graphical representation of output. It is not very meaningful. 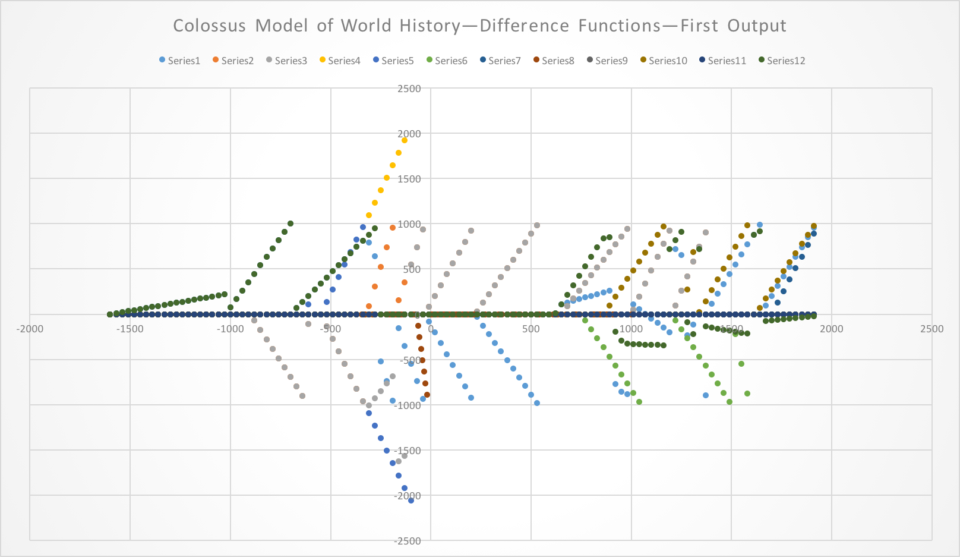