A GIS Approach to World History

Graphical Information Systems (GIS) can be used to analyze spatial aspects of societies, as well as their progression and interaction with concurrent societies over time.

The Colossus world history grid was superimposed on an image of the Europe, Africa and Asia. GIS was utilized to better understand the relations between societies. Spatial connections between adjacent or nearby societies were identified. Each connection was discounted for distance and terrain factors. It is possible to study correlations found in the Colossus model with such factors. 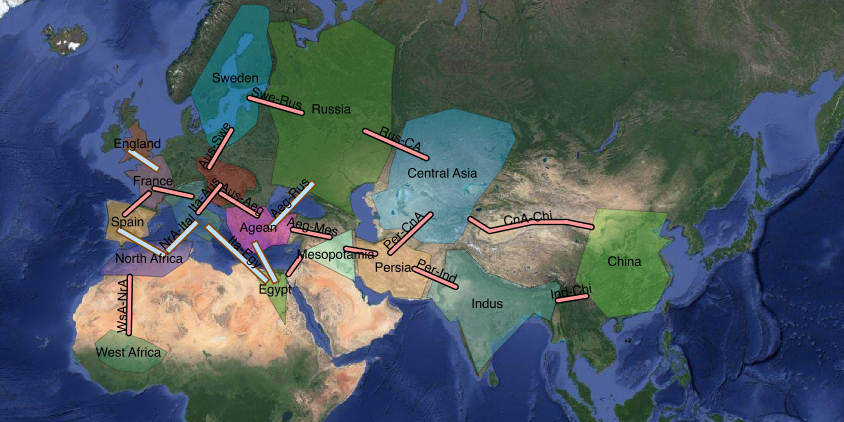