Energy Balance of the Earth

Sunlight is the chief source of energy for the Earth. Gravitational contraction provides a tiny amount. Tidal interactions with the Moon provide a small but significant amount at the surface. Radioactive decay provides an important source of energy below the Earth’s surface. The burning of fossil fuels can release considerable heat locally (enough to upset ecosystems), but the total amount of heat released is small compared to that from solar and radioactive heating. 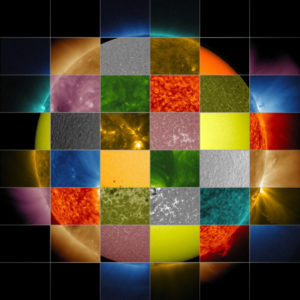 Energy in the Atmosphere

The Earth is bathed in sunlight. Some of that sunlight is reflected back into space by the Earth’s surface and atmosphere. The reflectivity of the Earth is called its albedo. Some of the remaining sunlight directly heats up the atmosphere. A small amount is absorbed by processes such as photosynthesis. 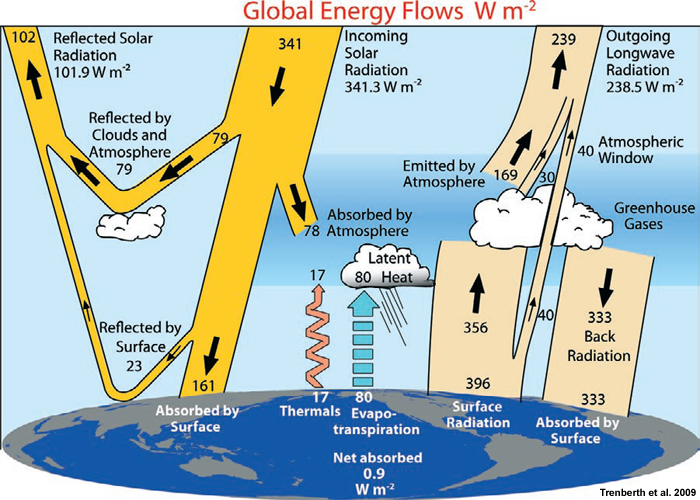 Energy flows to and from the Earth’s surface and atmosphere (credit: U.S. Govt.)